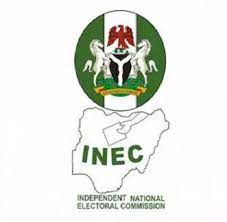 NIGERIANS HAVE come out to support the Independent National Electoral Commission, INEC over its insistence to use BVAS and electronically transmit the result of the 2023 General Elections.

There had been a misconception over a short interview by an INEC official.

Festus Okoye, National Commissioner and Chairman, Information and Voter Education Committee in a statement release yesterday had stated that “For clarity, the procedure for result transmission remains the same as in recent Governorship election in Ekiti and Osun States. There will be no change in all future elections, including the 2023 General Election”.

Giving kudos to INEC, Sola Ibidunni said “this is a welcome development. INEC has done well, it should not allow politicians derail its good work. The transmission of Ekiti and Osun elections results apart from its sanctity, it was fast.

“It is good to know that INEC does not plan to deviate from this progressive practice which also has the backing of the law in the 2022 Electoral Act”.

Dabira Dauda said,, “If you look at the body language of APC Leader just after the Osun Election, he was not happy with BVAS that was used. They don’t like transparent election because they cannot rig. It is great that we have courageous people in INEC and I am particularly happy that they are standing their grounds.

“Any deviation from the improvement the 2022 Electoral Act has brought to the country would spell doom for the country in 2023”.

Seun Adabanija wants INEC “to resist any temptation to dance with those who hate Nigerians. We, the masses were happy that Ekiti and Osun elections went peacefully. You would have noticed that Osun Election was a great improvement on that of Ekiti.

“It was because people found out that with BVAS, their votes would count. This also shows in the increased number of voters. You will see great turn out come 2023 if INEC stays its ground. The nation must continue to support INE C to become a strong institution that would impartially supervise the leadership choice the people want”.

Kunle James praised the “innovations INEC is bringing to the electoral processes. They should not allow politicians to mess up their good works. Hitherto, judiciary was the only supporter of the masses before some judges became corrupt; INEC is taking over that job now and I salute them.

“For the nation to improve, it starts from choosing the right leaders who will formulate good policies that will take the nation back to a better height”,