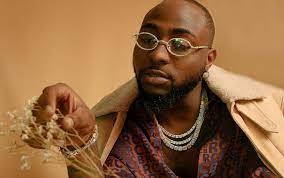 WIZKIDS FORMER producer has pointed out the generosity of Omo baba olowo crooner, Davido. He said if Davido runs for president, he will will.

Tweeting in pidgin, he stated “You can’t hate him. If Davido run for president e go win. And he no dey stingy. King of Lagos.“

The trajectory for Davido is that coming next election cycle, he may bid.