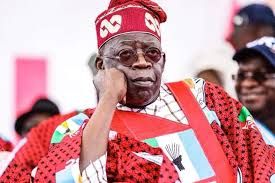 THE PRESIDENTIAL candidate of the All Progressives Congress, APC, Asiwaju Bola Ahmed Tinubu may have run into another turbulent water of the 2022 Electoral Act.

He is not alone; same goes for the Presidential Candidate of Labour Party, Mr. Peter Obi.

This has to do with the nomination of their running mates.

There is no issue in this, but media have been filled with news that they would be changed during the substitution window.

The Telescope Nigeria sought opinions of lawyers on sections 31 and 32 of the 2022 Electoral Law and as laws may be subjected to various interpretation until it gets to the court, Tinubu and Obi may be stuck to their vice presidential nominees.

Mr. Pius Danba, Esq told The Telescope Nigeria that “Tinubu is reported to have nominated one Masari as his running mate while Obi picked Okupe. These nominations are required by the Constitution for both Tinubu and Obi to be qualified for the election.

“The provision of section 31 and 33 of Electoral Act 2022 only permit withdrawal by candidate. It doesn’t provide for withdrawal for running mate. Thus, Masari and Okupe do not have rights to withdraw so that their political parties can nominate other suitable running mates. They have no such rights. Only presidential candidate has right to withdraw.

“What then could be the implication where a running mate withdraws regardless of the law? Two things may happen:

One, the withdrawal of a running mate will mean that the Presidential candidate has no VP and thus disqualified from standing election in line with section 142(1) of the Constitution. If this happens they both will not be candidates at 2023 elections. This is most probable.

“Now, whatever happens, the fate of Tinubu and Obi is tied to their current choice of running mates.  They will sail or sink together as there is no legal provision for withdrawal of running mate”.

Femi Aborisade, Esq. opinion is slightly different as he sees the Vice Presidential nominees as also candidates and believe they could be substituted.

“By virtue of section 33 of the Electoral Act, a “political party” can only be allowed to change or substitute its candidate whose name has been submitted pursuant to section 31, only in the occurrence of either of two events, namely death or withdrawal by the candidate.

“A strict interpretation of section 33 of the Act forecloses change of any candidate by the political party. It is not within the power of the Presidential candidate or the Governorship candidate to change candidacy under any circumstances, by virtue, also, of section 221 of the Constitution, which provides that only registered political parties can sponsor candidates for elections.

Thus, the fact that the Act makes reference to candidate and not “vice president” or “deputy governor” is of no moment. It goes to no issue.

“We may then deduce that reference to “office of the vice President” or “office of the Deputy Governor” arises only after electoral success. All contestants remain candidates. Offices are created, which they occupy, only after a successful contestation”.